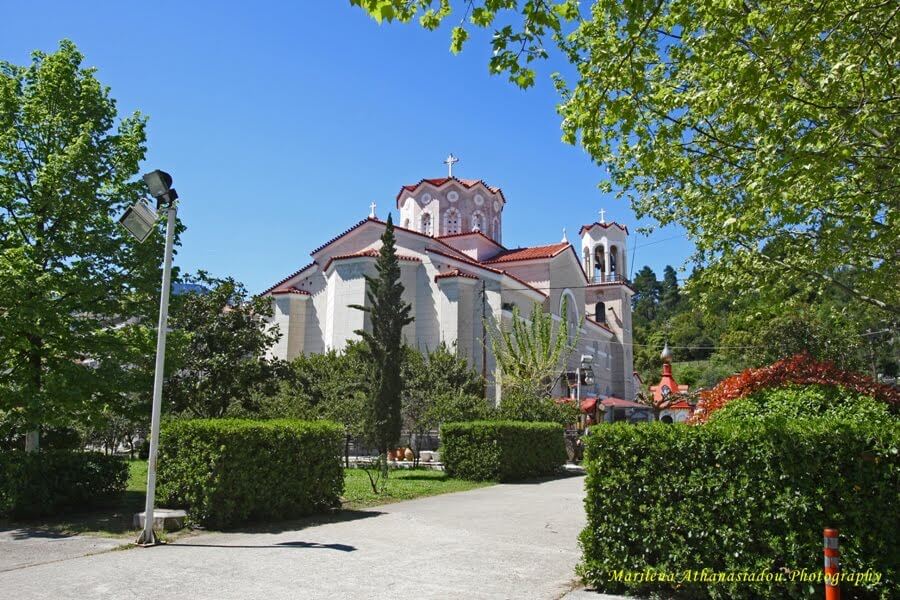 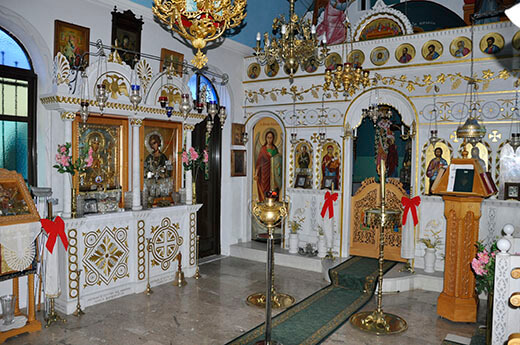 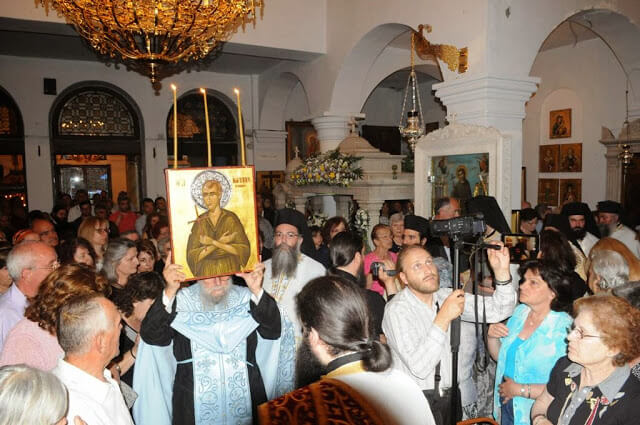 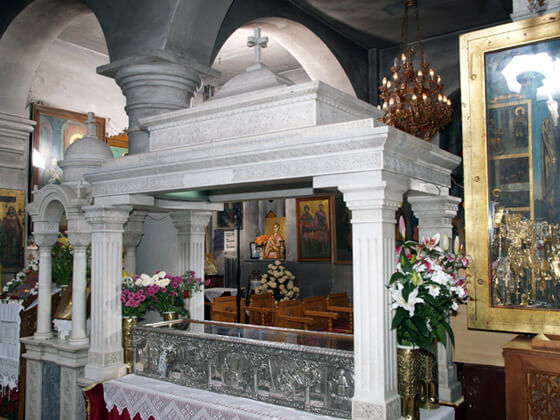 The church of St. John the Russian in Prokopi and is dedicated to the homonymous saint. A large number of pilgrims daily visiting the sacred relic of the saint. The St. John’s pilgrimage operates under the direct supervision of the Metropolis of Chalkis and is managed by a five-member Board of Directors.

Keeps hostel, which was founded in 1977 and inaugurated in 1989 by the then Bishop of Halkida Mr. Chrysostom Vergis. Capacity is 160 beds and even includes lecture halls, museum etc. In the halls of hosted Priestly Congresses, Pan-Orthodox Conferences under the auspices of the Holy Synod of the Church of Greece.

The Saint John was born in Russia in 1690. Then was king Peter the Great. In 1711 war broke out with Turkey, which fought and Saint John. The Saint was captured and became a Turkish slave, who carried him to his homeland, in Prokopi in Asia Minor. Saint accept the unbearable oppression and humiliation of the Turks, who were trying to make him change his faith. Virtuous behavior made him master sympathize with him and leave him free to carry out religious duties. The work was assigned was stavlisma and care of the animals, he performed with love and willingness. At 40 years of age he fell seriously ill and died. On 27 May 1730 was the ceremony of the burial. The master gave him the freedom to Christians to bury him Christian. He was buried in the church of St. George and the holy relic went into a marble urn. But 1832 the relic was cast out of the shrine in the wood pile to be burned by the soldiers of the Turkish Chatkeral Oglu Osman Pasha, who had robbed the entire temple of the tributes. But the relics remained intact. This frightened the Turks removed and the body of the saint was placed back into the urn. The miracles that take place in a shrine that houses the remains of the saint are known and many people unrelated religion resorting to heal. In the space created a large shrine that stands in Central Cappadocia until 1924. During the exchange of populations in 1924, the Christian inhabitants of Procopius Asia Minor, took with them the relics of the saint and carried to their new home in Evia. The sacred relic was moved to Euboea in October 1924 with the ship “Vasilios Destounis”. In 1930 he founded majestic temple in honor of the saint, which was completed in 1951. 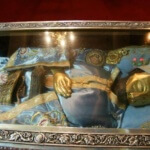 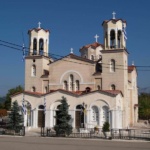 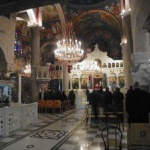 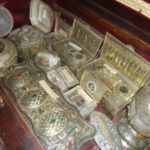 Good Morning of the Holy Day OF
SAINT JOHN THE RUSSIAN!

PLEASE!!! You are giving a Huge Help to put to answer to the phone Someone WHO IS SPEAKING ENGLISH / ITALIAN / ROMANIAN.
THANKS, EFHARISTO PARA POLI
with Respect and GRATITUDE